This experiment showed us about irreversible reactions and density!

What creates the effect of a lava lamp?

We can see carbon dioxide gas released from the reaction as bubbles, which are surrounded by a droplet of coloured water.

The gas is less dense than both the water and the oil so the bubbles rise to the surface and burst, releasing the gas into the air.

When the gas is released on the surface, the droplet of water sinks back down through the oil because it is more dense than the oil.

This cycle gives the effect of a lava lamp. 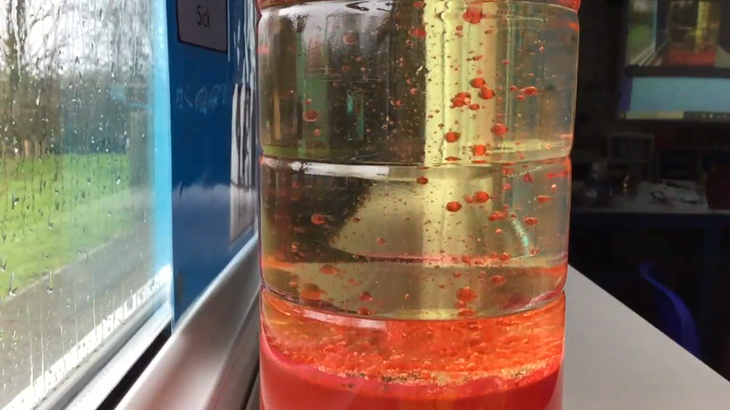 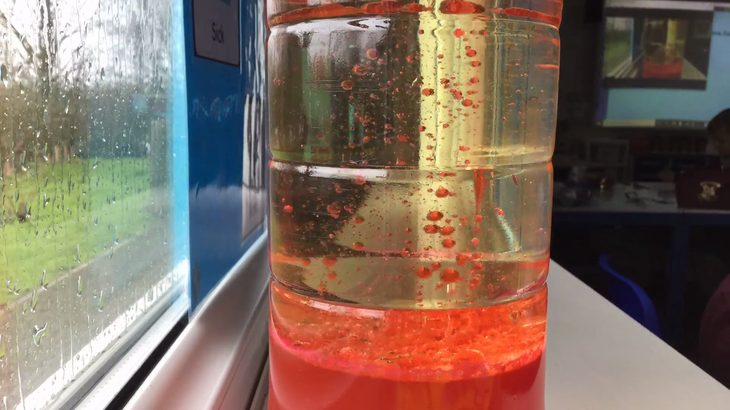 See the reaction in action! 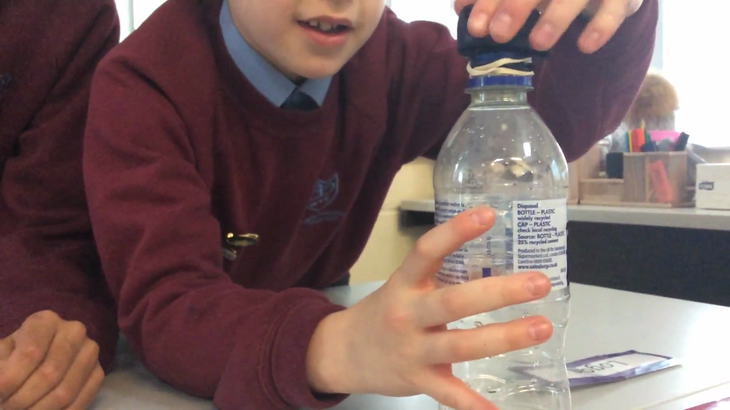 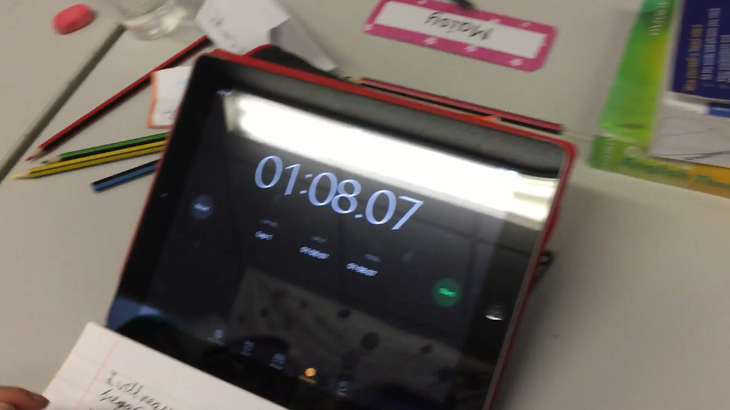