On World Book Day, we went to read with Year 2 and shared some of their favourite books. The following day we then dressing up as characters - the whole class looked fantastic! 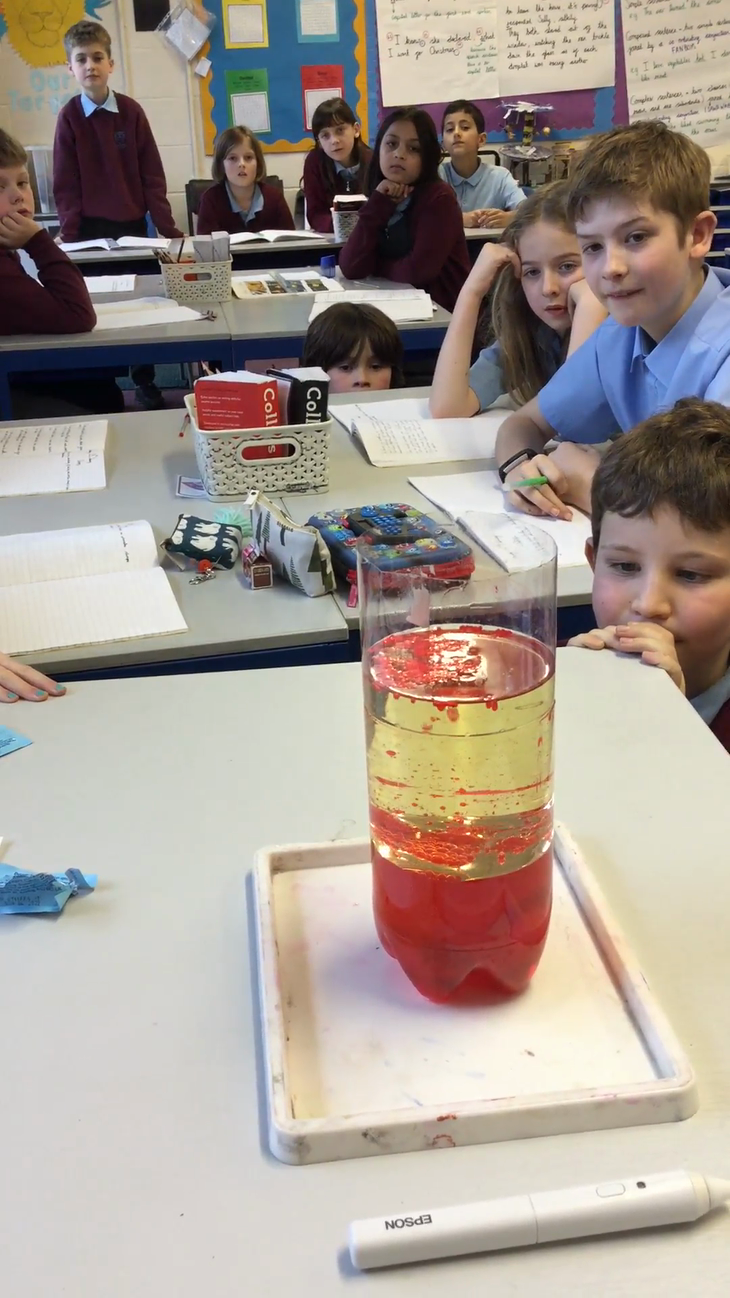 When discussing density, we created our own lava lamp. We found out that water is denser than oil, which is why oil seems to float on water. We then added an effervescent tablet which had a chemical reaction to the water. This reaction released carbon dioxide gas which we could see in the form of bubbles.
The gas had very little density which is why they moved through the oil before popping at the top of the liquid. The gas was released into the air but the coloured water, which surrounded the gas, sunk back down as it was more dense than the oil.

On Friday, we used our Art and DT lesson to make Anglo Saxon inspired brooches and pins. The children designed their brooch after looking at Anglo Saxon designs. They were very creative! Megan and Holly also visited us for the afternoon which we thoroughly enjoyed. Thank you Holly for taking the photos while Mrs Williams was using the glue gun!

Puffins have been conducting research about different aspects of Anglo Saxon life. They worked together to create posters which they then presented to the rest of the class. The rest of the class used note-taking skills to write up key points from each presentation.

Welcome back to the new year - 2020 already! We have so many exciting things planned for the remainder of the school year. We are already a third of the way through Year 5!

Our topic for term three and four is the Anglo Saxons and Vikings, which is a fantastic topic! In English, we will be writing a story based on The Dragon Slayer. We will be doing lots of cross curricular work with English and History, looking at key historical events (such as the raids on Lindisfarne) and finding out about key figures such as King Arthur and King Alfred. We will be debating whether King Arthur is mythical or historical and researching what life was like for the Anglo Saxons and the Vikings.

Our science topic we involve lots of experiments based on the properties of materials. In Art, we will be looking at Anglo Saxon patterns before moving onto Viking shield designs.

We will continue to have P.E and Games on Tuesday and Thursday in Term 3. In Term 4, we will have tennis lessons on a Thursday. Please have kits in school, fully named, ready for the lessons.

As always, if there are any queries, please pop into see Mrs Williams for a chat. Thank you for your continued support. It has been a great year so far and I am positive it will continue!