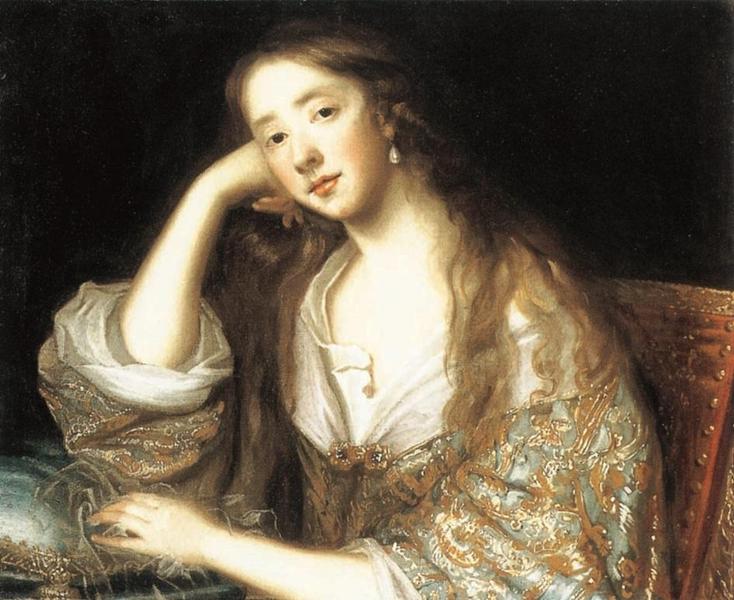 Lady Joanna Thornhill is remembered in Wye chiefly as the founder of the primary school that still bears her name. But she came from a prominent West-Country family, the Grenvilles, who traced their origin to a supporter of William the Conqueror from Gran(d)ville in Brittany, and she had many distinguised ancestors.

By the time Joanna was born in 1635, as the tenth child in a large family, the Grenvilles had lived for many years at the manor of Stow (or Stowe), in the far north east of Cornwall. Johanna grew up during the troubled times of the Civil War, in which her father and brothers supported the Royalist cause, and her father was killed. In 1653, when only eighteen, she married another Royalist, widower Richard Thornill, of Olantigh near Wye, as his second wife. He died four years later leaving her with two step-children and in somewhat straitened circumstances.

When her stepson came of age, Joanna left Olantigh and moved to her brother's apartments in Whitehall Palace and, in 1666, was appointed as a Woman of the Bedchamber to Queen Catherine. Later, when the Queen moved to Somerset House, Joanna had her own rooms and servants and she remained a member of the Queen's Household until Catherine returned to Portugal in 1692. But Joanna kept her apartment in Somerset House until her own death.

Lady Joanna died in January 1708/9, probably in London, but she had retained an affection for Wye and requested that she should be buried in Wye Parish Church. In her will she gave instructions for her funeral and for her monument in the Church. She left money to help the poor of the village and to found a school for the boys and girls. This continues today as the Lady Joanna Thornhill (Endowed) Primary School.

Unfortunately not the ones with chocolate chips.

Some cookies are necessary in order to make this website function correctly. These are set by default and whilst you can block or delete them by changing your browser settings, some functionality such as being able to log in to the website will not work if you do this. The necessary cookies set on this website are as follows:

Cookies that are not necessary to make the website work, but which enable additional functionality, can also be set. By default these cookies are disabled, but you can choose to enable them below: